What is the meaning of Om Namah Shivaya?

Om Namah Shivaya authentically means “I bow down to lord shiva”. It means bowing down to yourself, as Shiva resides in all, as own consciousness.

What is the history behind Om Namah Shivaya?

The literal meaning of the five syllables is: 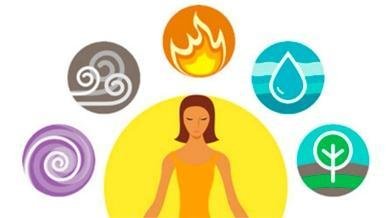 Om: Before the universe was created, there was a vibrationless void of pure existence from which vibrations of om evoked.

Ya: Sky or ether.

These five components manifest the whole universe according to Hindu philosophy. This supreme mantra means these five consciousness is one.

What is the Significance of om Namah Shivaya on each chakra?

Na: Drops into the first chakra (Muladhara chakra), which is located at the base of the spine in the tailbone area, which embodies earthiness and solidity.

Ma: Rises into the second chakra (Svadhistana chakra) seated below the navel, which governs your emotions, creativity, sexuality, intimacy, emotional well being etc.,

Ya: Resonates in the fifth chakra (Vishudhi chakra), which is at the throat center and is associated with ether and space. Vishuddhi chakra is connected to the way you vent your life with utmost authenticity.

To gain the concrete benefits of this maha-mantra, you will have to conceive your surrender to your inner self while reciting the mantra. Om Namah Shivaya revives your toxic emotions and beliefs stashed through difficulties.

What is the Power of Om Namah Shivaya?

This supreme mantra imbues positive energy and abolishes negative energy. It helps you to procure control over your senses. This mantra is a moksha giver and upholds your thoughts. It enlightens our inner perspective and improves blood circulation on the neurons. It improves your blood circulation and sustains the heartbeat.

Chanting this supreme mantra refines your physiological as well as intellectual well-being. It shows you a ray of hope, brings you out of the darkness, and manifests the positivity of life. Incontinently after reciting this maha-mantra, Shiva becomes your protector.

This maha-mantra will help you to get connected with the supreme consciousness. Every substance, including deities, it is the manifestation of Shiva’s energy. Chanting of om Namah Shivaya is like worshipping the primary elements of nature, which means invoking your inner Shiva. The continual repetition of this divine mantra is the way towards perennial joy.

Experience the ultimate bliss of reciting om Namah Shivaya with Bodhi yoga which paves the way to your inner serenity and ultimate joy.